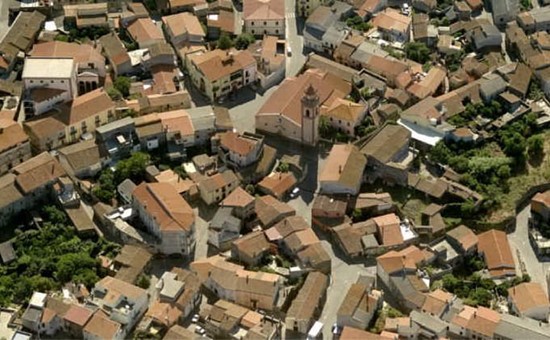 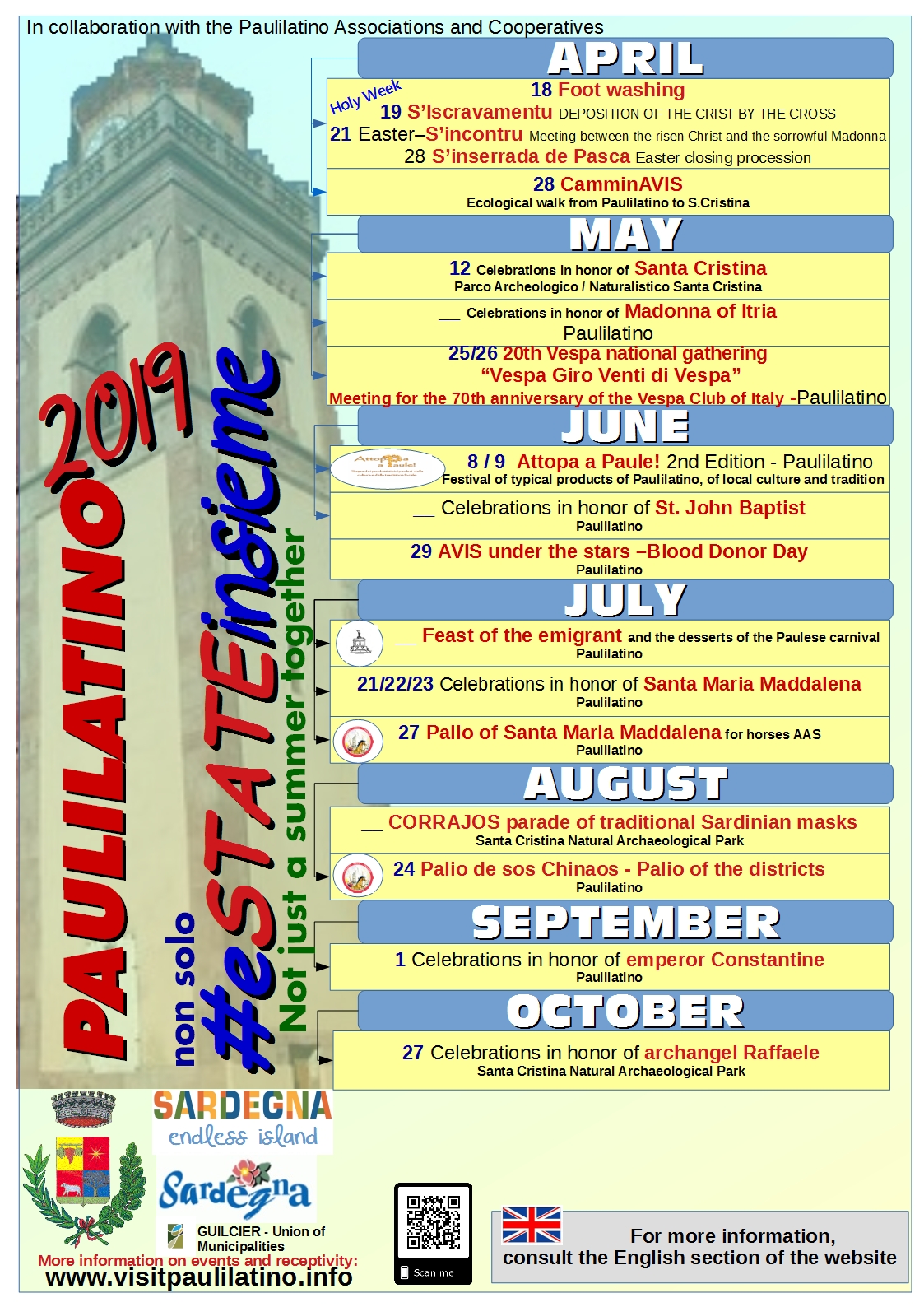 The rites of Holy Week, in Paulilatino, consist of religious ceremonies organized by the local confraternities on the occasion of Easter. A series of events of particular charm made of intimate religiosity, devotion, choral moments and heartfelt nocturnal processions. The processions of the Mysteries and the rites of "S'Iscravamentu" (deposition of Christ from the cross) and "de S'Incontru" (encounter between the risen Christ and the sorrowful Madonna). A special role is played by the confraternities, who take care of the sacred representations, parade in their costumes and perform together with the Coro San Teodoro of Paulilatino the religious songs, often in Latin and also in Sardinian.
In Paulilatino, in the rites of Holy Week, there are also elements of pre-Christian origin, such as the widespread custom of the exhibition de su nennere; pot or dish full of earth in which wheat or pulses are sown which, left in the dark, sprout in dense and narrow green and yellow foliage. It is exhibited in church on Holy Thursday in the chapel where the Blessed Sacrament is honored.

On April 14, 2019, at 10.00 am, in Santa Maria Maddalena square, Palm Sunday is celebrated, characterized by the distribution of palm branches, elegantly intertwined with ancient mastery, and olive bunches with palm leaves that are raised as a sign of devotion and celebration at the moment of blessing. This is followed by a procession accompanied by the Coro San Teodoro and the three confraternities carrying the signs, crucifixes and banners.

On April 16th at 17.00 the Via Crucis ritual is held in the streets of the town with stops in front of the "Stations" for a brief meditation and the songs of the Miserere.

On 17 April at 4.00 pm in the parish church the Confraternities of "S'Arrosariu" (rosary) , "" Su Coro and Zesusu "(heart of Jesus) and" Santa Rughe "(holy cross) set up the statue of the dead Christ, with all the objects for the ceremony of the following day: ropes, "sas cotzas" (wooden wedges), stairs and ropes. The statue of Our Lady of Sorrows is also prepared.

Thursday , April 18 , in the late afternoon, in the church of San Teodoro, during the liturgy of the Mass "In Coena Domini" takes place the ceremony of "Su Lavabu" (washing of the feet), symbol of God's love for men, at term of which is distributed to the faithful, a bunch of flowers (composed of violaciocche, mint and freesia).

On Friday 19 April , the Passion of the Lord, at the Church of San Giovanni, in the afternoon, the litter is adorned with flowers and candles that will be transported to the parish church. This will be followed by the story of the Passion of Christ and therefore the paraliturgical function of "S'Iscravamentu" (deposition of Christ from the Cross). Thus begins the procession of "Su Deus Mortu" during which poignant songs are performed. Two brothers carry on their shoulders the heavy and bare black cross, followed by the statue of Our Lady of Sorrows. At the end of the procession, the litter with the Dead Christ is placed in the Church of San Giovanni where the body of Christ is offered to the kiss and veneration of the faithful.

Saturday, April 20 preparations for Easter Sunday begin. The priory of the Holy Rosary proceeds to the dressing of the statue representing the Madonna; a white and golden dress, a silver crown resting on the head with a white veil in precious lace covered with a black veil that hides the face of the virgin, veil that will be removed during the Sunday procession at the time of "S'incontru" , A garland of flowers covered with a white veil is placed on the feet of the statue of the Risen Christ.
In the late evening the "Easter Vigil" is celebrated, including the blessing of the Paschal candle, fire and water; everything takes place in the square in front of the church of San Teodoro.

On Easter Sunday the sound of the bells, released after almost two days of silence, announces, at the end of a long vigil, the Easter Alleluia. The procession of "S'Incontru" takes place, which in addition to wanting to certify the Resurrection, represents the meeting between the Risen Jesus and the Madonna. "S'Incontru" represents one of the most important moments of Holy Week. On Easter morning, the procession winds through the streets of the town in which the statue of the Madonna, dressed in mourning, symbolically goes in search of her son. The two simulacra that of the Madonna and that of Christ with the banner, are carried on the shoulders by the confreres. Before the meeting between Jesus and Our Lady, in the square in front of the church, people stand on both sides of the street. Absolute silence falls just before the two statues meet. The parish priest stands in the center of the square and the bearers of the statues make three genuflections; after the bow at the meeting, the two statues are placed side by side to make them continue together until they enter the parish church where the solemn mass will be celebrated.